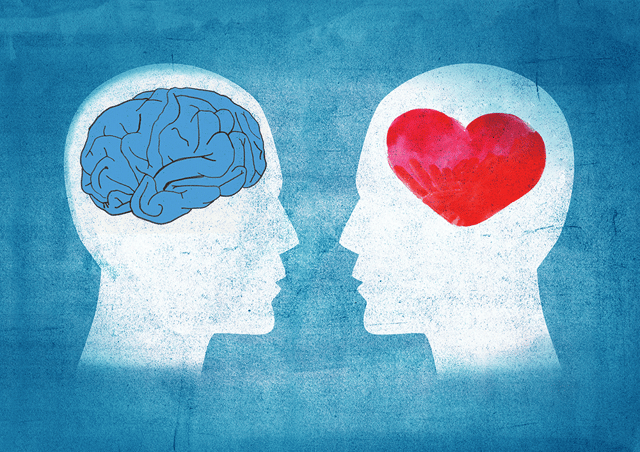 My first boss, a respected if not legendary direct mail fundraiser in the political arena, once told me it is far easier to raise money against a perceived evil than it is to raise it for a perceived good.

The recognized emotional “drivers” of effective direct-response fundraising copy (attributed to Bob Hacker and Axel Andersson) are fear, greed, guilt, exclusivity, anger, salvation, and flattery. Most good copywriters, especially in fundraising, lean heavily on these emotions to drive response, and strive to place the donor at the center of the appeal.

The notion that donor action is more easily triggered against an evil suggests that, of these drivers, fear, guilt, and anger are frequently more useful tools for fundraisers to stoke the emotional fire in their readers’ hearts. Admittedly, this sometimes paints a grim but motivating picture of the challenge.

Conversely, nonprofit marketing and communications specialists, those responsible for the consistent expression of the values and mission for their organizational brands, often focus their language and message on the positive outcomes of their missions, and thus, on the organization itself.

Even when they communicate in a “donor-centric” manner, brand managers and communications specialists tend to describe their brand using an entirely different set of drivers like compassion, hope, and success, and enforce this language control across the organization. This can interfere with the fundraisers’ most effective techniques.

The Disconnect and Balance

But here’s the reality: Every decision to give involves some balance between motivation to act triggered by emotion, and a rational argument that demonstrates best investment.

The right balance leads to an emotionally-motivated donor considering action (often against an evil, but occasionally, even for a good). In all likelihood, however, the action will not “close” without the donor feeling comfortable knowing that giving her hard-earned money to this brand, with its outcome-based values and mission, is the best action she can take.

No emotional story, no motivation. No rational brand identity, no context for best investment.

The fundraiser’s contention that story and emotion is the sum total driver for response is as wrong as the brand manager’s belief that institutional values motivate donors to give. The trick is to find the proper balance, while leaving the donor at the center of the decision process.