In the Land Between 1–12: Taking a Fresh Look at Sustainers 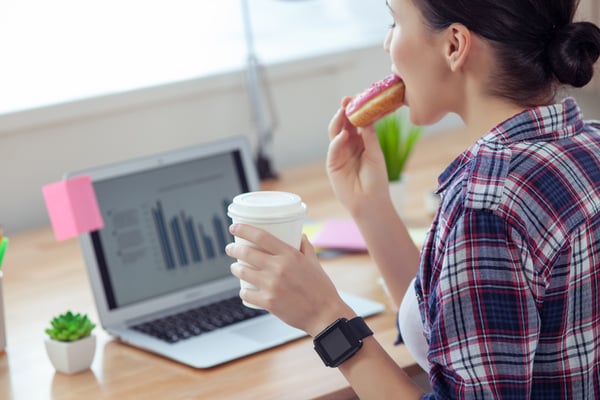 AHHHH, the sweet sounds of monthly sustainers. Committed and highly engaged monthly donors, whose gifts hit a charity’s bottom line with increasing regularity as more and more of them embrace autopay options.

No wonder nonprofits spend a lot of money and effort to acquire them; either directly from a prospect universe (often via DRTV or face-to-face canvassing) or cultivated from qualified donor segments, which often require a telemarketing component to close the deal.

In either case, it’s a labor-intensive, expensive exercise with a low conversion rate, but one that yields a high payoff.

Yet despite their potential, many monthly sustainer programs are intrinsically flawed:

What floats a monthly donor’s boat?

In return, they willingly deliver regular support, month after month.

What about those who do not make a 12-gift commitment?

96–99 percent of prospects and donors simply do not respond to a 12-month commitment acquisition offer. And that’s not surprising. It’s a big investment commitment for even those whose hearts are moved by a nonprofit’s mission.

In the end, these non-responders, plus all new one-time donors, are generally relegated to the regular donor appeals contact stream, to join the greater mass of single-gift donors.

And what exactly is that “regular stream?”

Of course, that depends on the organization, but very often it is a contact “chase” strategy that includes 12–18 discreet touches that ask for another contribution, in one channel only. The same file may be chased to a similar degree in other channels as well. And after the second or third consecutive appeal, donor hearts warmed by their first gift may be starting to cool just a bit. Certainly by the 18th contact, this chase strategy has completely frozen any purely emotional motivation the donor might have experienced at one time.

From Transaction to Transformation

We at TrueSense Marketing see donors as either transactional or transformational.

New donors are transactional in nature. And if they do not receive reasonable opportunities to expand their relationship with their organization, they will likely remain transactional. Transactional donors, without that cultivated relationship, could easily transfer their gift-giving to another equally deserving charity.

Conversely, donors who seize opportunities to deepen their loyalty and relationship with a charity are much more likely to become transformational donors. Transformational donors are defined not only by the generosity of their gift, but by the frequency of their giving, their rate of retention, and depending on their capacity, their willingness to become true, high-impact donors, such as major or planned givers.

Reasonable Opportunity: Somewhere Between 1 and 12

Traditional 12-month sustained giving is certainly one of those reasonable opportunities. But failing that, as mentioned, many organizations simply revert to the chase.

We know that sustainers of this sort are more likely to become transformational. As a result, we employ any number of offer strategies to make multi-gift commitments appealing to donors, thus moving them up the donor value ladder from transactional to transformational status.

For TrueSense clients, this donor value-based approach to the concept of sustainers is paying off big-time in the form of dramatic increases in net revenues, similar spikes in retention rates, growing mid-level giving programs, and increasing numbers of high-value donors handed off to Major Gift and Planned Giving case officers.

Top-line conclusions? There are several: