If you’re familiar with Peer-to-Peer (P2P) fundraising, you’ve likely heard it in association with fundraising events such as walks, runs, or cycle rides. But it’s so much more.

While some P2P participants have the capacity to make substantial donations of their own, many can’t — but that doesn’t mean they can’t raise significant funds. P2P fundraising can be a strong, profitable form of fundraising for your organization, if you understand the principles.

The four principles of Peer-to-Peer fundraising.

Apply these four principles to your peer-to-peer fundraising to maximize the your best advocates — individuals who are raising their hands to be ambassadors for your mission. 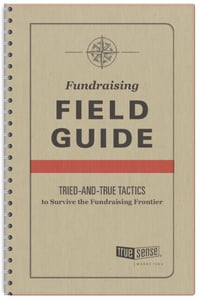 Fundraisers have long sought to find and cultivate those with heroic human hearts who want to turn their compassion into action. Along the way, fundraisers have also learned lessons, honed skills, and crafted techniques that — in the end — are framed by basic human behaviors and motivations.