From Disaster Donor to Committed Supporter

When disaster strikes, there is often a surge in new donors who have been motivated to give by the disaster, rather than any specific affinity for The Salvation Army.  Not surprisingly, very few of these donors go on to make an unrestricted gift to support your ongoing programs.

The Salvation Army’s Del Oro Division in Northern California has seen more than its fair share of disasters over the past two years.  One of the recent fires destroyed an entire town.  The Salvation Army was there to offer aid and comfort to those affected by the fire and to the first responders combating the blaze.  Wildfires have nearly become predictable in Northern California.

These disastrous events can have a heavy impact on fundraising.

When looking at those donating to disasters, Del Oro discovered many first-time donors to The Salvation Army — over 7,000 new donors living in the Del Oro Division — and more from areas outside of the Division.

Typically, these donors would have been simply added to the general appeal schedule with a low expectation of receiving an unrestricted gift.  But Del Oro wanted to do better.  They wanted to first thank these donors for stepping up when disasters struck, before including them in an appeal for additional gifts.  After discussing many ideas, they chose a simple, straightforward strategy to try moving these donors from disaster-only to unrestricted support.

Here are the two steps the Del Oro Division took to cultivate disaster donors into ongoing, committed supporters of The Salvation Army: 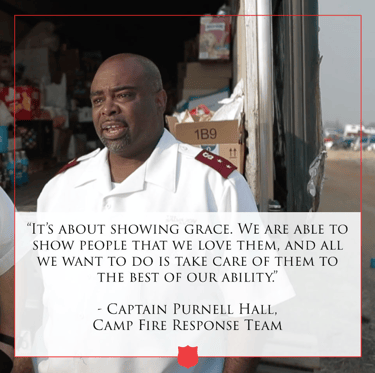 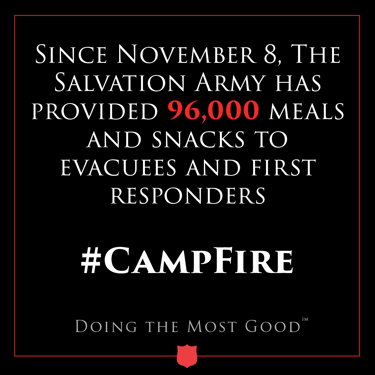 What were the results of this disaster donor cultivation campaign?

For donors receiving this treatment — those acquired with a disaster gift on or after October 1, 2019 — 945 out of 7,105 have made an additional unrestricted gift.  That’s 13.3 percent of donors just through July 9, and a 66 percent lift in the conversion of disaster donors prior to implementing this strategy.